You can leave a Tip here. Thank you.

Learn About The Band. 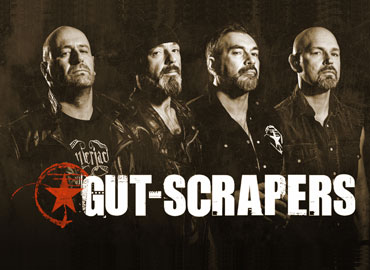 The French band GUT-SCRAPERS was founded in 2008. The five guys from Nimes were brought together by their common wish to play live on stage and rock for what it's worth. After two demos, GUT SCRAPERS had signed deals with Pure Steel Publishing and Brennus Records for their debut album in 2013. Together with the stylistic influences from AEROSMITH, SLASH or AC/DC, the band has cooked up a poisonous and rock’n’rolly cocktail of ten powerful songs, which will also be very impressive live on stage and called "Gimme Your Soul". In 2015 the band released a E.P and started to work on the material which will become "Getting Through".

Label or Press
Simply ask a Code. It's free 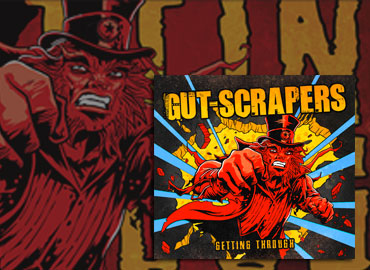 Three years after their debut, Gut-Scrapers record their second album called Getting Through. Still in shape and more mature than their previous attempt, the band seems to know what they want and how to make new fans. Great guitar riffs and a very steady rhythm section, that keeps the train on the tracks. One pleasing thing about the album is the varied songwriting. Gut-Scrapers chose to blaze its own path with their own sound. Getting Through is an album surrounding the theme of finding our inner light in a decadent society. The production on this album is great and it suits the music very well. The guitars are pretty raw and heavy which and the solos kick ass as well. If you are a fan of anything rock--great playing, riffing, lyrics, etc.--go out and pick this up now. You'll love it.
Are you someone who works for the press and would like to learn more about Gut-Scrapers? Reach Dooweet Agency . 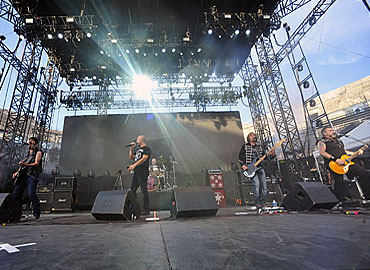 Gut-Scrapers really love to play live and will lose no opportunity to do so. The strong chemistry between the members is immediately obvious on stage. They played hundreds gigs and were opener for bands such Lords Of Altamont, The Deep End, Crucified Barbara, Gotthard, Scorpions... The band is currently finishing to build the 2019 Tour, they consider all venues proposals simply send a email.
Gut-Scrapers are one of those bands that have something rare : they rock !

We consider any proposals. We look forward to hear from you.

Join us for special exta stuff.